It’s game night and you’ve just sat down to a fresh round of Dominion. It’s all set up, everyone has their hand drawn, and you just need to figure out who will go first! The rulebook says: ‘The player who last ruled a kingdom begins the game”. Ugggghhhhh…. your friend Jane, Queen of the local medieval re-enactment society smirks and plays first, just like every one of the last 400 times you’ve played the game. What a dumb way to decide who goes first. If only there was a better way. Enter, Chwazi: Finger Chooser.

Chwazi is an app (available on Android and iOS) that streamlines the process of who will go first at something, or who will have to do something, and can even be played as a game in itself. It puts decision making in the hands of a cold, heartless machine, thus eliminating arguments over fairness, bias, and human empathy. Chwazi spreads like a virus through the gaming community. I don’t even remember where I first encountered it but I’m 100% certain it went like this: “Stick you finger on this thing to see who goes first!” “What? Oh? hmm… ooohhhh WOW” followed by a lengthy conversation about what the app is called and how to spell it so I could get it myself. I frequently relive this scenario every time I introduce new people to Chwazi, it’s part of the Chwazi experience. 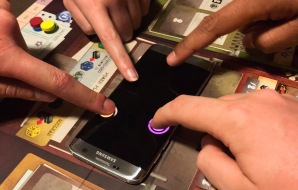 The winner is chosen!

How does it work?

Chwazi is a short game with very simple rules. It is typically played such that the winner of a round of Chwazi will be selected as first player in a subsequent game, or may have otherwise been selected to do something – like pay for dinner, or leave because there are too many players, or both!

To play, each player places their finger gently on the screen displaying the app, enjoying the soft hum elicited by the phone upon contact. After all players are ready and settled, Chwazi works its magic.

The winner of a game of Chwazi is the player whose finger is selected by the hidden algorithm within the app. There is speculation over how this algorithm works. Some say it performs a traditional dice roll-off on behalf of the players, others think it chooses the player it likes the most, but most people agree it just chooses the finger of the phone’s owner.

Chwazi has a few variants that can be interesting for when you want to spice things up. You can change the number of fingers it selects (for example, if you want two people to pay for dinner, or if you need two people to leave, or both). You can also get it to assign people into groups, which is great for team based games or shy swinger’s parties.

You can also use Chwazi to choose ordering by doing a series of elimination rounds. All players participate in the first round to choose the first/last player. Then the remaining players play again to decide the next place and so on.

Number of fingers to pick 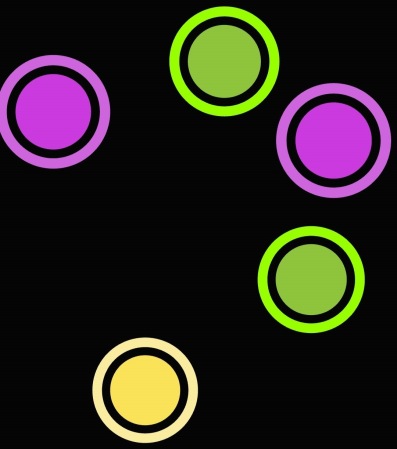 What do I think?

Chwazi is an absolute lifesaver when it comes to gaming and more general life situations. Since I discovered Chwazi sometime in 2015, I haven’t been burdened with having to make annoying decisions anymore. Who is getting the next round of drinks? Ask Chwazi. What time is it? Ask Chwazi. Do I need to fill up my petrol tank? Ask Chwazi. I used to get decision fatigue all the time but I haven’t even thought since finding this app. 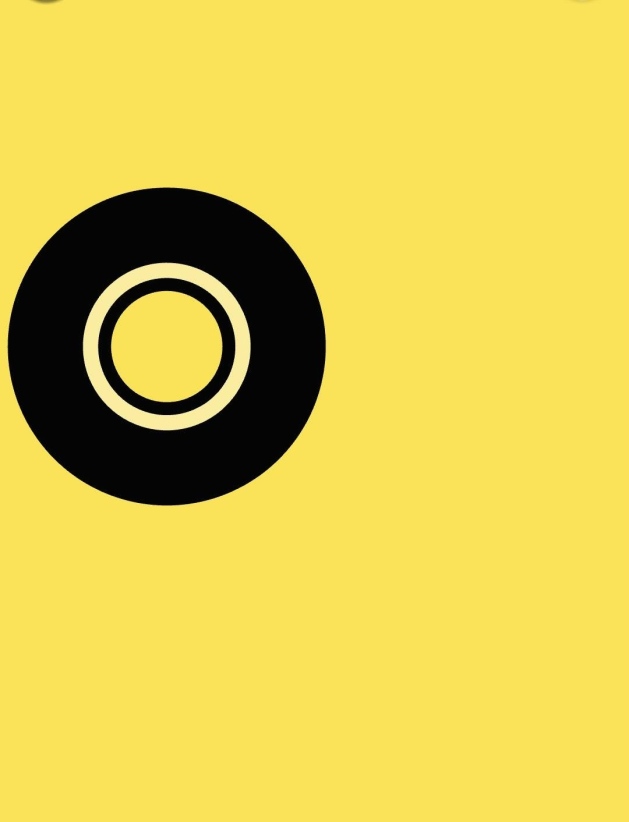 All in all, Chwazi is a blast to play, I can’t recommend it enough. Try it out today, on Android and iOS.